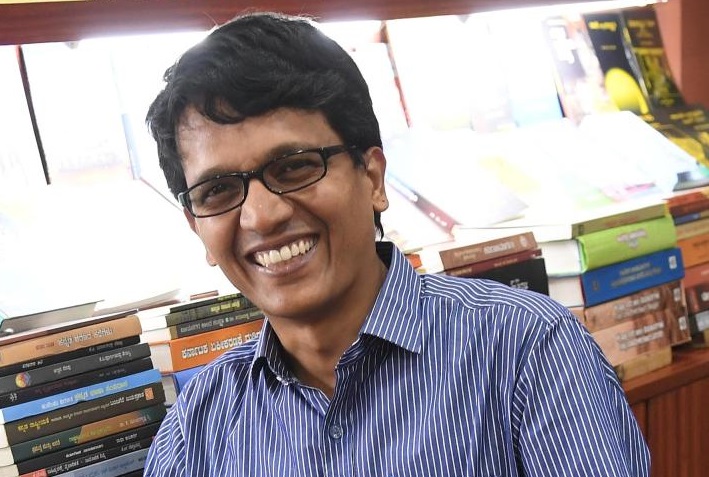 The first question people ask when we talk about the importance of Kannada-medium schools is, ‘Do you send your children to one?’ I have an answer to that.

Champion of Kannada and Federalism

Vasant Shetty runs perhaps the world’s only bookshop devoted to Indian federalism. Called Munnota (Kannada for ‘foresight’), it is located on DVG Road in Basavanagudi, and stocks scholarly books in Kannada and on Karnataka.

The spic-and-span store can seat 25, and also serves as a space for weekly sessions on science and technology, with experts delivering lectures in lucid Kannada under a series called Arime (‘Knowledge’). With initiatives such as these, this electronics and telecommunications engineer has restored to Kannada activism its seriousness of purpose. He has seen some remarkable results since 2016.

HDFC Bank, for instance, introduced Kannada as one of the options in its ATMs, thanks to consumer pressure mounted by Vasant and his team. Earlier, the bank offered only two options: English and Hindi. That is just a small victory, though. Banks have altered the rules to employ officials in Karnataka with no knowledge of Kannada. They create hurdles even for those who wish to write cheques in Kannada, and such humiliation must be strongly countered, he says.

Hailing from Kundapura on the Karnataka coast, Vasant spent much of his childhood in Kalghatgi, in Dharwad district, where his father ran a restaurant. His parents continue to live in that northern Karnataka town. Vasant lives in Bengaluru with his wife and two children, the younger being eleven months old. His son studies in a Kannada-medium school. “The first question people ask when we talk about the importance of Kannada-medium schools is, ‘Do you send your children to one?’ I have an answer to that,” Vasant says. The advantage of studying in Kannada, he has discovered, is that his son is not stressed out, like children studying in English-medium schools.

With a team of about 15, Vasant is championing the Kannada cause on many fronts. When he was working in Cisco, he noticed how very few Kannadigas were getting jobs in the IT sector. The reason, he concluded, was that many engineer-applicants, especially from the northern districts, did not possess the soft skills that would make them employable. So, his team held workshops to train them, and about 60 benefited from it, eventually landing jobs.

Fluent in English and active on social media, Vasant says Kannada-medium schools can equip children with all the English-language skills they need to succeed professionally. He is sceptical about the current education system skewed in favour of English: he believes it impoverishes us emotionally and culturally, and that its objective is to produce a workforce for US-driven businesses. “There is no guarantee those companies will be here in the long run; they will abandon India the moment they find cheaper labour,” he says. He believes we should stop running sweatshops.

This is also why he focuses on instilling confidence in Kannada-medium school children and widening their horizons. “Kannada is not just about art, music and cinema,” he says. “We have a history of 2,000 years, and our empires extended to Gujarat and Nepal, so we should look at the potential of our language with pride, like the Europeans do with their languages,” he says. His team is also working on making Kannada textbooks easier to comprehend, creating a new vocabulary for science education, with more Kannada and less Sanskrit. If Germany, France, Japan, Finland, Israel and Korea can successfully make science education possible in their languages, there is no reason why Karnataka can’t, he says.

Vasant is campaigning for dubbing of non-Kannada films into Kannada - an informal ban has given an unfair advantage, he says, to non-Kannada films released in Karnataka. If dubbing is allowed, he argues, more of Kannada will be heard, and the language will serve as a window to other cultures and not let other cultures dominate. “That will be one of our big battles next year,” he says. For Vasant, Kannada activism is not about being hostile to migrants speaking other languages, but about embracing them into the Kannada fold. 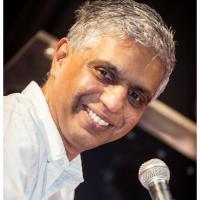 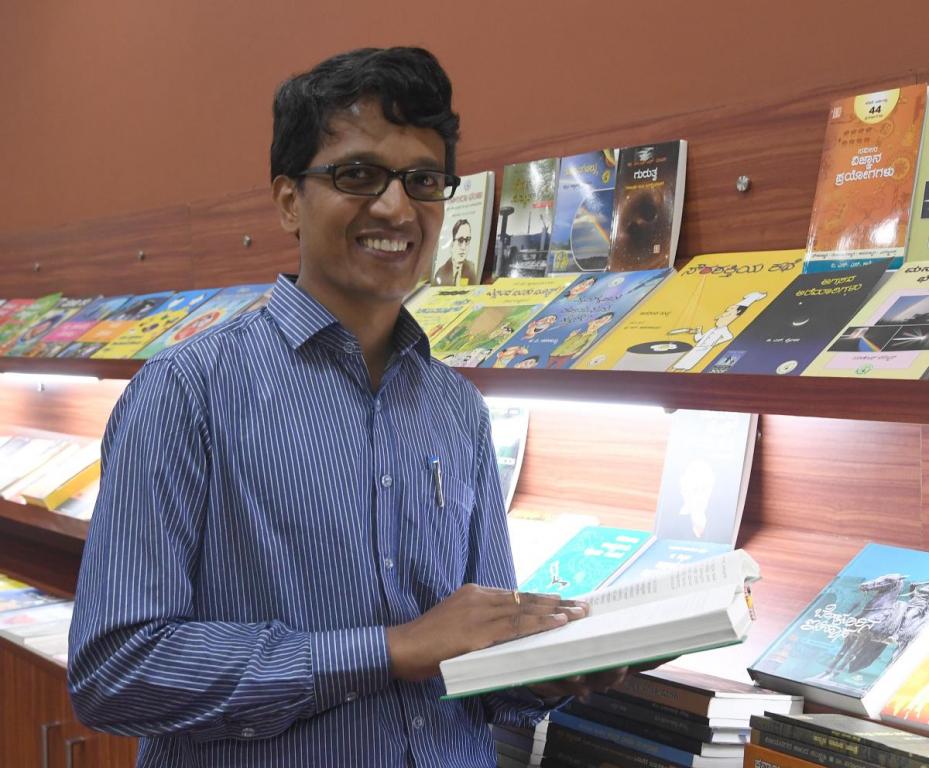 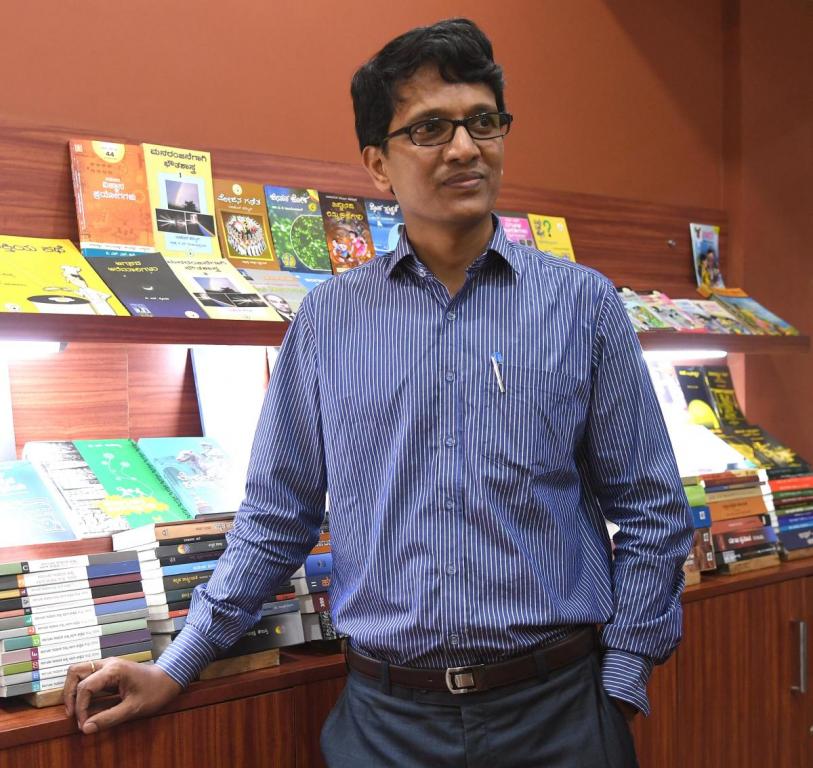