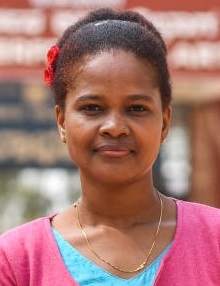 I don’t try and bring stories from the outside and impose these on my people. I take what’s inside them and showcase this in the form of theatre. My main objective is that we must not forget those stories.

A Dramatic Tale of Resilience and Identity

Nearly a decade ago, Channakeshava G was taking his sister-in-law, Geeta, to an exam centre in an auto in Bengaluru. They sat chatting away in Kannada. When the ride was over, the driver refused to accept a fare from them, saying ‘you have taught this person to speak Kannada so well, I can’t accept money from you’. Channakeshava had to convince the driver that Geeta wasn’t a foreigner but was an Indian citizen and her knowing Kannada was not abnormal.

Channakeshava, a well-known theatre director, says there have been worse experiences, like when Geeta and her sister, Girija, were to apply for their passports and visas to travel to the US. The police refused to believe that they were from Karnataka. Even in the US consulate things were tough. “Our visa interview… it took more than 25 minutes. She [the interviewing officer] was not ready to believe that they are Indians,” he recalls.

Geeta comes from a tribal community called the Siddis, who trace their origins to Africa. However, the Siddis have lived in parts of Karnataka and Gujarat, remaining isolated from mainstream society for around 500-600 years. There are about 50,000 Siddis in India, belonging to various smaller communities. Geeta is from a village called Manchikeri, that sits between Sirsi and Yellapur in Uttara Kannada district. For many years now, the Siddis have faced discrimination, and consequentially, a crisis of social identity.

It’s largely been put down to their African features, especially the texture of their hair. Many Indians, including Kannadigas, think they are foreigners. They have had to fight this stigma and assert their identity as bona fide citizens of India, belonging as much to her society and culture as others do. They have done this largely through the performing arts, facilitated by people like K V Subbanna and Chidambar Rao Jambe, who helped connect them to the world beyond their communities over the last three decades.

“It is quite a different identity crisis, because of their hair. Skin colour is not an issue, unlike in the West. No other community has such an issue,” says Channakeshava.

It is in this cultural crevasse, between being seen as exotic or authentic, that Geeta’s life has taken shape, as she narrates the stories of how the Siddis used theatre as a means to tell their tale. They performed shows across Karnataka, in centres like Ninasam. “Oh, eethara ondu community ide. Ivaru foreigners alla – namma Karnatakadavaru antha gottaithu”, Geeta says. (Oh, there is a community like this among us. These people are not foreigners – they are from Karnataka.)

As she squints into the distance, trying to focus her thoughts, Geeta Siddi’s brown eyes light up when she talks about her former school, Ninasam, which is situated in Heggodu, Sagar in Shivamogga district. “One gets a positive feeling,” she says, “that we are all together in this movement.” Geeta is an emerging star on the Karnataka theatre circuit. But she’s more than a mere performer. The movement she’s referring to is the cause of identity that she’s fighting for using the performing arts and her free spirit.

Over a simple lunch of ragi mudde and kalu saaru at Bangalore University’s campus, Geeta talks passionately about the identity crisis that a community like hers faces and the challenge of preserving and retelling histories of small communities. She also talks about women’s role in theatre, a subject she’s scrutinising as part of her PhD at Bangalore University, from where she received an MA degree in drama a few years ago. “No one wilfully sends their daughters to do theatre. There are many different kinds of politics in theatre. Politics that are not visible to the eye,” she explains.

“When I look around at women directors… there are very few who take women’s issues and do plays around these matters. They’ve done one-woman shows but… I feel women haven’t taken on women’s issues as seriously as men,” she says. Geeta’s parents are theatre artistes, as is her older sister, Girija Siddi, and her brother-in-law, Channakeshava, who hails from Mandya. They’ve all been influences on her. So have people like Venkataramana Aithal and K V Akshara, who runs Ninasam.

Her social and cultural identity is an issue that she unabashedly grapples with. “We don’t pick up ‘ready scripts’ and do them. That’s because our Siddi children must know what our culture is about. Stories – they must understand our lives – because so many have already been lost… they’re all being forgotten. My main objective is that we must not forget those stories,” she says.

Shripad Bhat, a theatre scholar who teaches at Hampi Kannada University and Shimoga University, believes Geeta is riding on the top of a wave of theatre that is sweeping across Karnataka. She has fought off stigma and social disadvantages to foray into an area that few have entered before her. She’s also continuing to make a name for herself by performing, writing children’s plays, acting and teaching. Her chosen area of research work – women and theatre in Karnataka – is an aspect that’s largely untouched.

“She has a good opportunity,” says Bhat. “She’s working with conviction. Working at the grassroots, where she’s from. She’s capable of achieving a lot despite being from a challenged background.”

To better appreciate Geeta, you need to understand that she comes from an insular culture that is deeply ritualistic, explains Bhat. For her to step out of a closed community means a lot. But she’s used that to her advantage. “Because of their ritualistic culture, they are used to doing performances. They have a very strong rhythm and energy in their bodies,” he says, adding, “Geeta’s voice and stage presence come from there.”

Through her work Geeta is attempting to forge deeper bonds between communities and their authentic stories, keeping them alive through the performing arts. She often conducts workshops for Siddi children in Manchikeri. “I also act, the kids also act. People do [the workshop] for academic reasons too. That’s because our identity was a very big struggle. That’s why I want to tell the story of our struggle through the medium of theatre,” she says.

“Ours are folk stories. Siddis have so many folk stories (Janapada). There are so many about the journeys of the Siddis. I don’t try and bring stories from the outside and impose these on my people. I take what’s inside them and showcase this in the form of theatre. Whatever level you go to, if you turn back and look sometime, you must always know ‘where did I come from; what was the path of my people?’”

Her ragi mudde is hard and kalu saaru is cold. But Geeta still has a lot of ground to cover. Her eyes burn bright. She talks about discrimination against women in communities other than hers. “From time to time, I am curious about other communities and I want to know about them. Gowli people, Kunabi people, their women don’t even say a word. If you ask them something also, they simply nod their heads. I wonder how many such women are there. I want to meet them. I want to collect their stories. I hope I can talk to them.”

“I am the first one from my community to be doing a PhD. People have studied law and other things. But this is the first time someone is coming to this level. I am alone, so, I have much responsibility.” 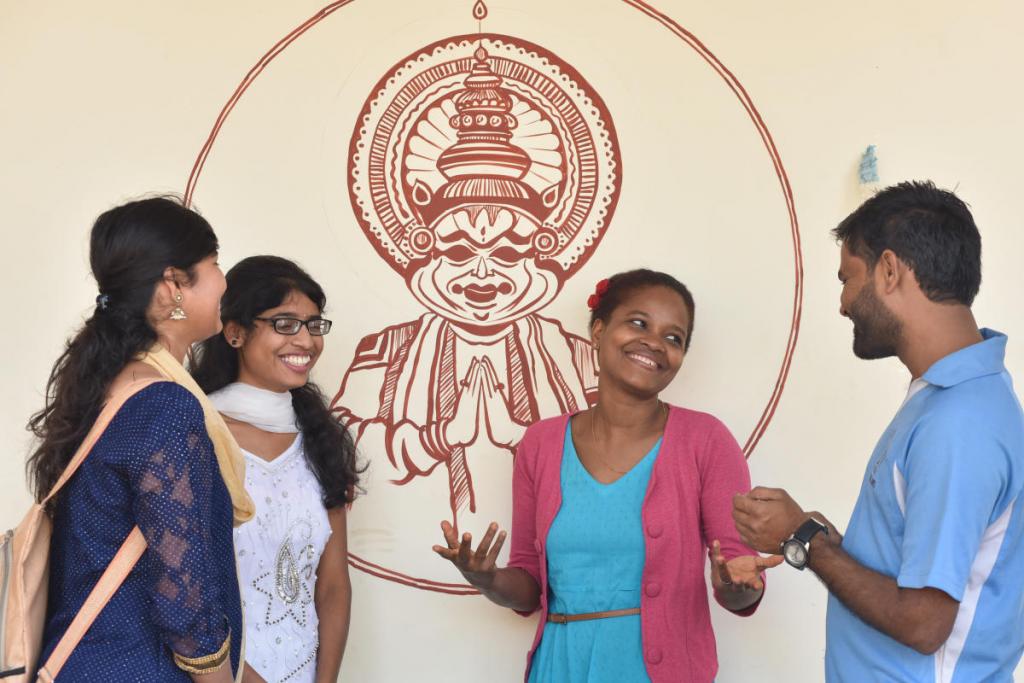 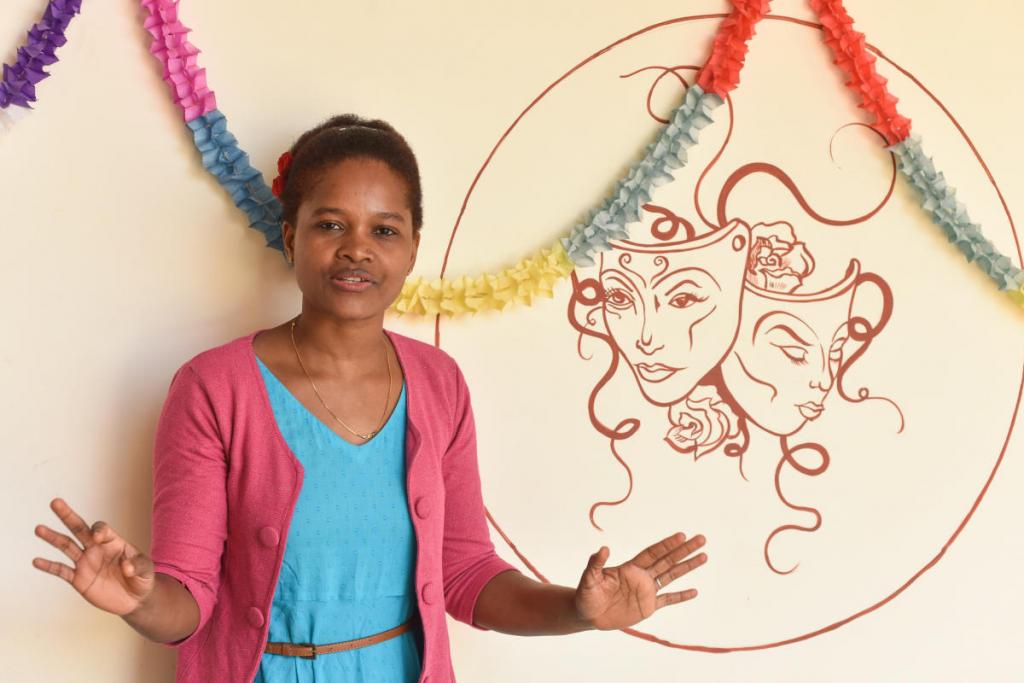 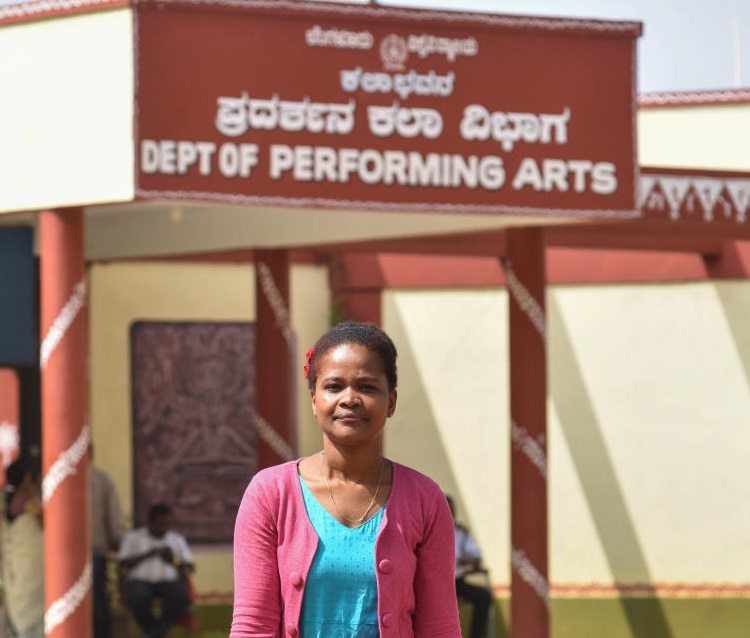 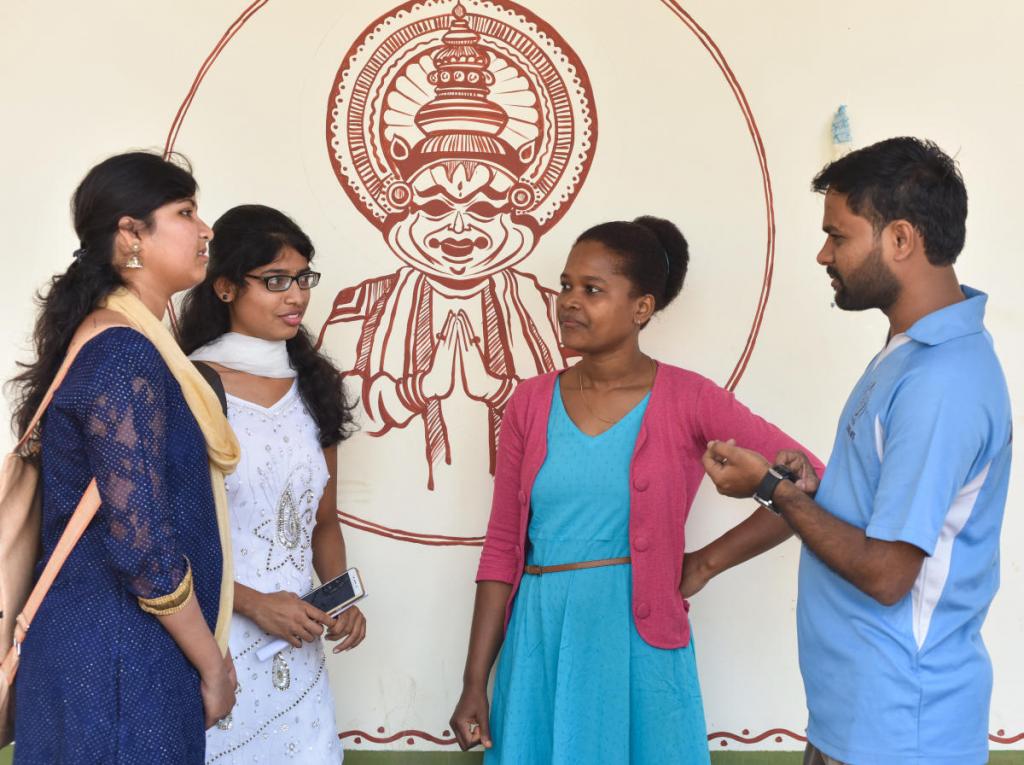 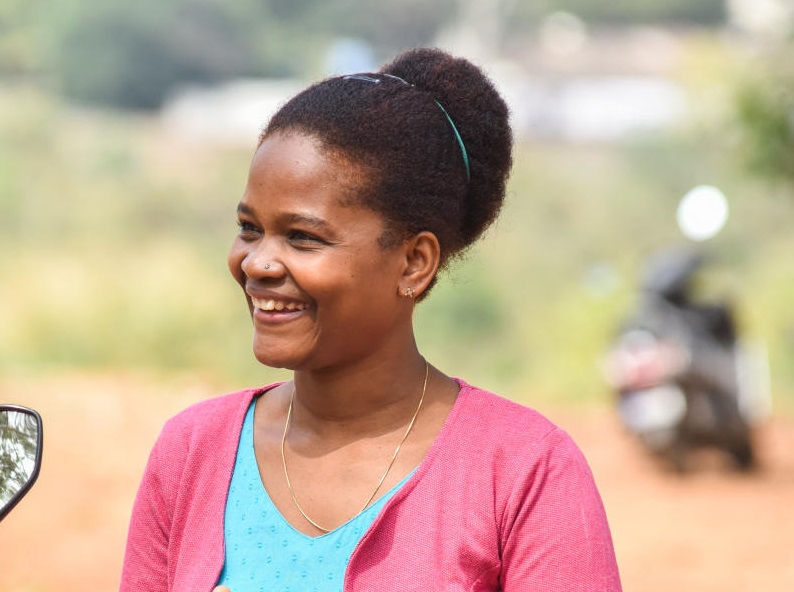 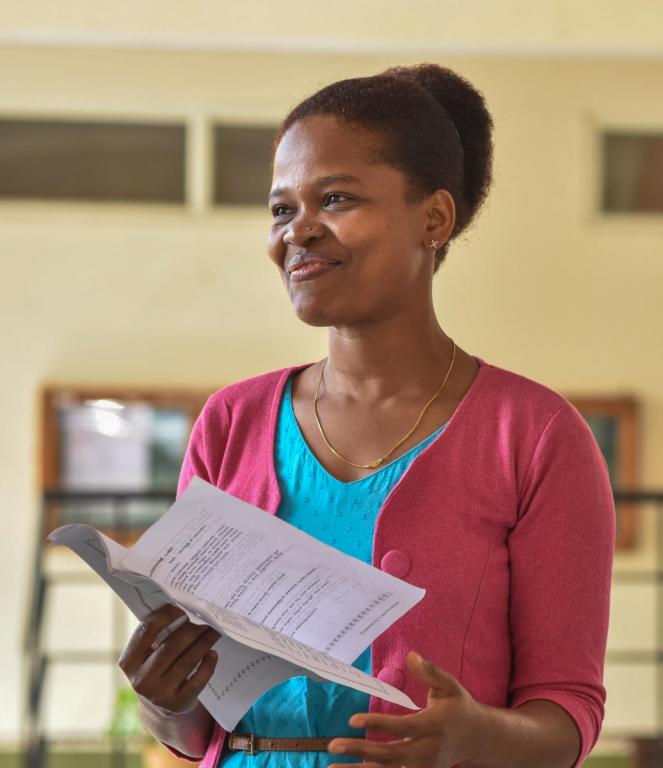 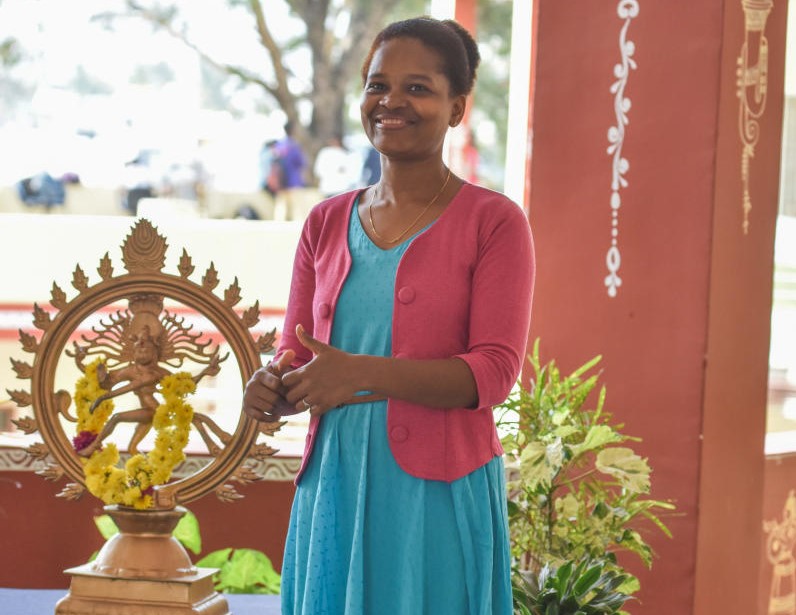 SMTP error: Could not authenticate.