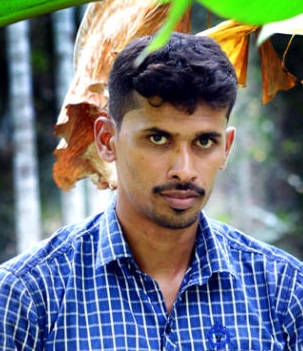 Not a day goes by without me getting stung by a bee. Bees work from morning to night and do not take rest even during the night. This is what we need to learn from bees.

Busy as a Bee

“Not a day goes by without me getting stung by a bee,” says Manamohana Arambya, laughing and brushing aside myths that expert beekeepers rarely get stung by bees. “But I do not fret after the bites, for I know that the antibodies released into the bloodstream have properties to cure inflammation in joints,” he adds.

Observing bees and their behaviour was a favourite childhood pastime of Manamohana in Irde village of Dakshina Kannada district. He accompanied his grandfather, Madan Master, who was an expert beekeeper, whenever he ventured into the forest to extract fresh honey. Little did he know that this hobby would eventually lead him to create livelihoods for hundreds of rural people. “I started with one beehive 15 years ago and now the number has reached 1,000. While there are 70 beehives around my home and in my one-acre farm, the rest are placed in the villages of Sullia, Puttur, Bantwal, Belthangady, Moodbidri and Somwarpet taluks,” says Manamohana, who has made a mark in migratory beekeeping, which is gaining momentum in Karnataka.

Manamohana had told his wife Soumya about his beekeeping prior to their marriage. But she had no inkling about the extent of his involvement until she saw it with her own eyes. When she got stung the first few times, she was terrified. The swelling lasts for hours. Today, she no longer screams at the sight of bees. In fact, Soumya accompanies Manamohana in caring for the bees. She has also become an expert in dividing colonies.

Manamohana’s parents, Babu Poojary, a retired postmaster, and Yamuna, say the entire family, including their elder daughter Bharathi, eldest son Udaya Kumar, daughter-in-law Prashanthi and their youngest son Indaresh help Manamohana in the operations. For instance, when bee colonies need to be fed with sugar syrup, they prepare the concentration.

Manamohana used to climb trees in the forest since the time he was in Class 8 to harvest honey, says Yamuna. This used to cause them great concern. But he later changed the process to make it more sustainable for himself and others. “Within a year, he began to install hives and I had heaved a sigh of relief as there would be no more tree climbing,” says Yamuna, smiling. Manamohana has succeeded in domesticating wild bees. Wild honey is known for its medicinal value and sells for upwards of Rs 1,500 a kilo, which is five times the price of normal honey.

One of the features about wild bees that gives them an advantage is their size. “These bees are small. They are able to enter deep into a flower and extract the sweetest nectar. They collect nectar from the smallest flowers. They are resistant to diseases,” he says. As the January-June season approaches, Manamohana packs his hives and heads for rubber plantations and orchards in the hinterland.

“The farmers are more than willing to allow Manamohana to keep the hives because they are aware that pollination increases crop yield by 25 to 60 per cent,” says Veerappa Gowda, Dakshina Kannada District Apiculture Officer. From June to December — a lean period for the bees — Manamohana visits around 200 beehives every day to feed the bees sugar syrup.

Manamohana explains the secret behind the best honey that money can buy. “The honey produced from small flowers in forests and multiple flowers are the best honey,” he says. “My honey from the hives in rubber farms fetches me the highest price,” he added. The honey from wild bees sells between Rs 1,000 to Rs 2,000, according to him. But Babu Poojary and Yamuna seem to have a problem with their son’s busy schedule: “He doesn’t have time even to attend the wedding ceremonies of close relatives!”

This year, Manamohana has sold 60 quintals of honey to South Canara Bee-Keepers Co-operative Society Limited. This is the fifth consecutive year he is selling the highest quantity of honey to the society. Manamohana’s success has created a buzz in the region and over 200 people have taken up beekeeping under his guidance.

He also conducts beekeeping workshops. Lalitha Chidanand, a beekeeper, says, “The training doesn’t end at the workshop. He provides inputs and offers support whenever necessary.” Manamohana also provides all the necessary inputs for beekeeping, from guidance to equipment — making it easy for newbies. His work won him the state government’s award for ‘Best Beekeeper’ recently. “Bees work from morning to night and do not take rest even during the night. This is what we need to learn from bees,” he says.

“To succeed as an apiarist, one needs to be as industrious as the bee. Beekeeping requires patience and hard work,” says South Canara Bee Keepers Co-operative Society Limited President Chandra Kolchar. Manamohana develops bee colonies not just for himself but for others to buy them as well. “Otherwise beekeepers have to go hunting for bees in forests, which is a laborious task,” says Chandra. 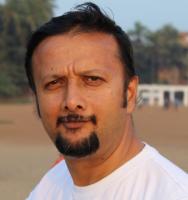 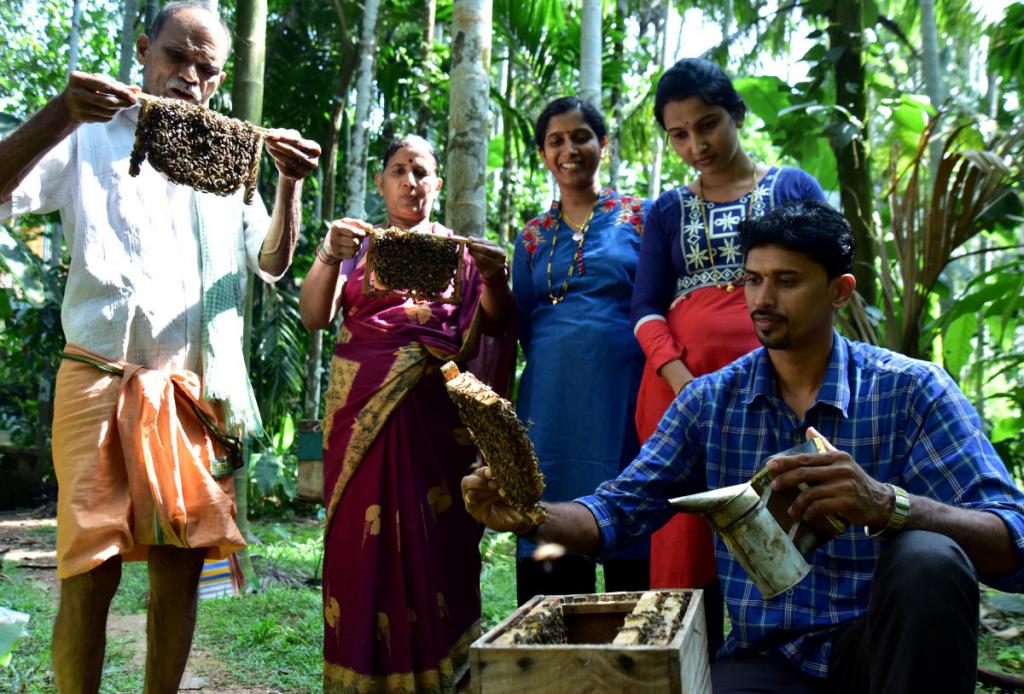 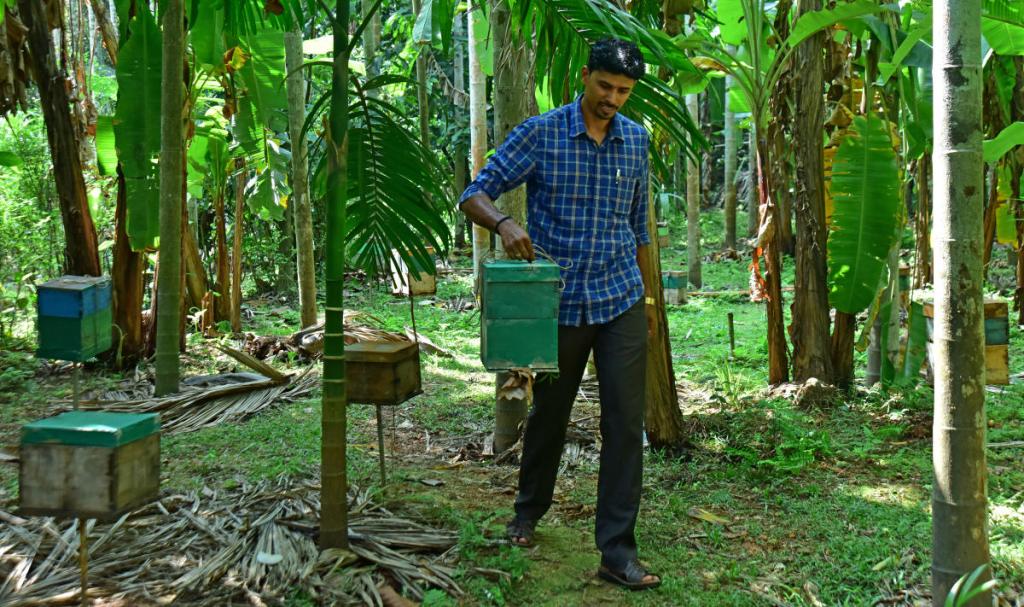 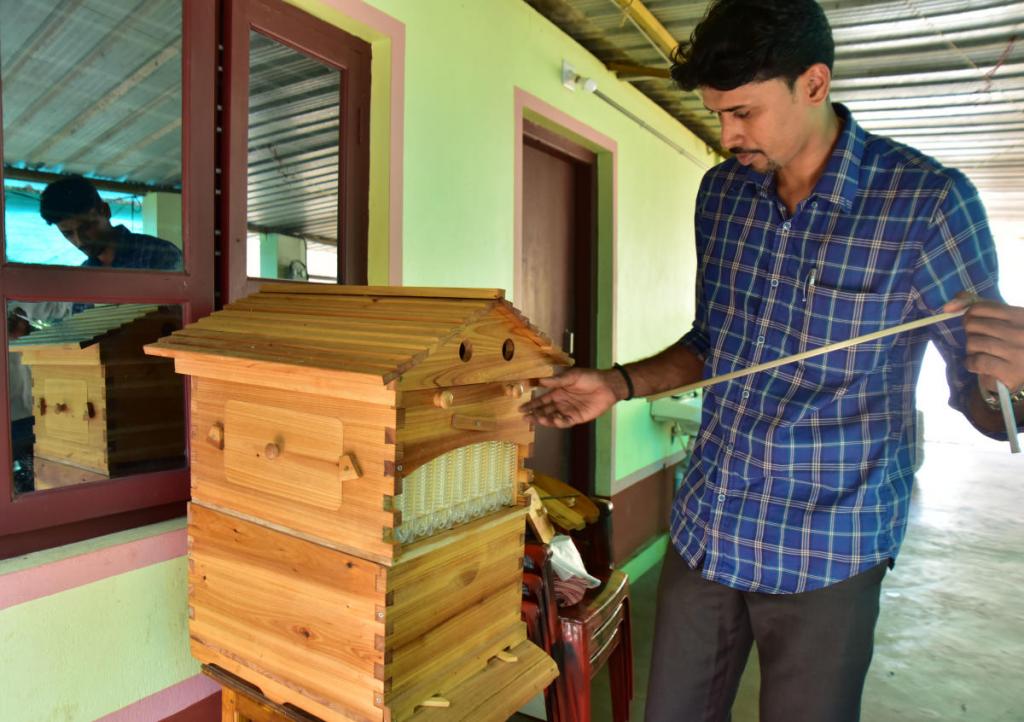 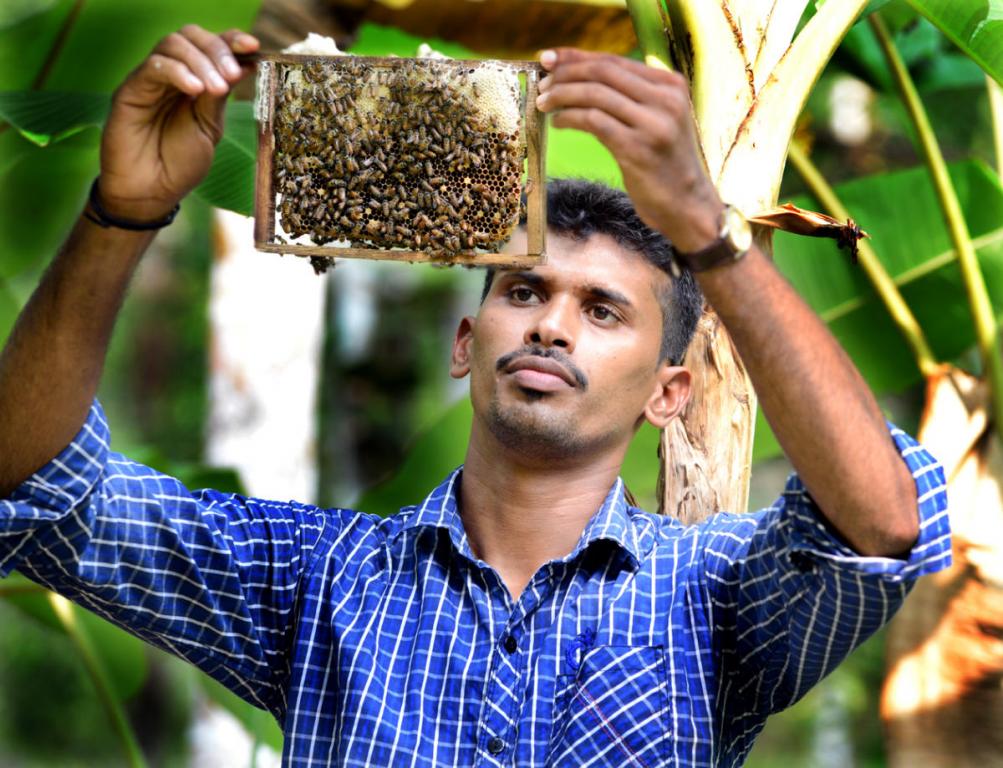