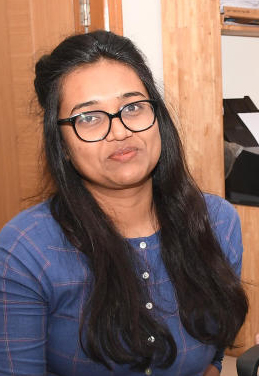 [My] constant inspiration is my parents. At Mysuru they are doing organic farming. My dad… the way he questions everything he does, the meaning he tried to find in what he’s doing.

Aiming for Cities of Mud

Around the turn of the century, a 12-year-old girl named Shruthi and her father were making their way through west Bengaluru’s Mahalaxmi layout to buy firecrackers for Deepavali. On the way, Shruthi’s father explained to her the harmful effects that firecrackers have on the environment. The duo returned home without buying anything. Shruthi then told her mother that people shouldn’t burst firecrackers. She also made sure to tell her friends.

Shruthi Ramakrishna has since become an architect and designer, but not like most others in the profession: she and her partners have taken on the unlikely marriage of sustainability with construction, promoting concepts like building with earth in an urban context, and using natural paints, adhesives and renewable materials in their processes and projects. Sitting in her office courtyard on a recent afternoon, Shruthi says, “[My] constant inspiration is my parents. At Mysuru they are doing organic farming. My dad… the way he questions everything he does, the meaning he tried to find in what he’s doing.”

It immediately becomes apparent that Shruthi’s 12-year-old self has remained firmly intact. Her curiosity, creativity and hunger to do something led her towards co-founding an enterprise built on the idea of sustainability. With the invention of cement, construction in modern cities stopped using lesser-processed materials like earth and lime. Cement has replaced mud in nearly every scenario since the industrial age. No surprise then that large built up environments have earned titles like ‘concrete jungle’.

“It went from something very artisanal, local to something completely disconnected to that and just those purely industrial materials put into buildings,” says Jeremie Gaudin, Shruthi’s husband and one of the four founders of the firm. Jeremie, an engineer from France, focuses on the nature of materials used in construction.

Almost as a response to this, and perhaps as part of a larger movement, Made in Earth Collective began with the idea of building with earth (mud) in an urban setting. They have emerged as an option for those who are looking to reduce their ecological impact in the quest for a home, office or any other built space. Using a combination of processes and materials, they are bringing fresh thinking to the construction industry, and it seems to be making their projects stand out from the rest.

Besides her parents, influences such as Sathprem Maini of The Earth Institute in Pondicherry’s Auroville and Anna Heringer, an Austrian architect working in Bangladesh, shaped Shruthi’s early thinking, making her question the sustainability of mainstream architecture and building techniques. Shruthi has since lived and worked in Gujarat and France, learning from artisans and masons the various aspects of creation, design and coexistence.

Ajinkya Unhale, who was Shruthi’s classmate at the R V School of Architecture, is also a partner and brings design heft to the practice. Rounding off the team nicely is Agnimitra Bagchi, an architect focused on people and their interaction with construction and spaces.

Shruthi and her team’s outlook to the construction process is counter-intuitive. “Architecture is perceived as something that is very individualistic, but I see it as a group coming together – artisans, carpenters, masons and everyone… that’s what I like about it,” she says. This philosophy has resulted in clients being involved in the designing and construction, to foster a sense of co-creation and ownership. It’s a journey that clients go through, getting their hands dirty with mud and lime to build a wall or a roof.

Restaurateur Bikash Parik, who runs Green Theory and Little Green Café in central Bengaluru, has been using the firm for the last few years for his interiors. “This is going old school in terms of design and architecture. They use lime, clay and mud. There are zero chemicals involved. We did not use paint,” he says, adding, “In business terms, we thought we might not get bored with earthy stuff. You might get bored with modern design or trendy design. We used only natural materials.” He also explains that even though the investment was a little higher than he had envisioned, it’s yielding results over time. “This was a one-time cost for us, and what we realised is that we made it back the following year in terms of running costs. We are not compromising on the design, but it’s super low maintenance.”

“Building with earth does not mean building for the poor. There is so much more potential to build with natural materials,” says Shruthi, adding that their dream is to build large, public buildings, especially hospitals. The endgame is to build entire cities with mud.

One of the main challenges to their dreams, however, are local building codes or urban by-laws, since they are based on conventional construction techniques and materials. “Unfortunately, a lot of the work that is being done, does not fall under regulation, because the codes have been written by people who are more experienced in mainstream methodologies,” explains Ajinkya. “There are a lot of architects who are trying to make this a part of the code - to bring it formal recognition,” he says.

The foursome has been called 'Mannina Makkalu' by their friends, which loosely translates to ‘children of the soil’ in Kannada. However, their moniker might be well-deserved because they’ve given soil, mud, clay, sand or just simply, ‘earth’ a new meaning in the old world of construction and the built environment. 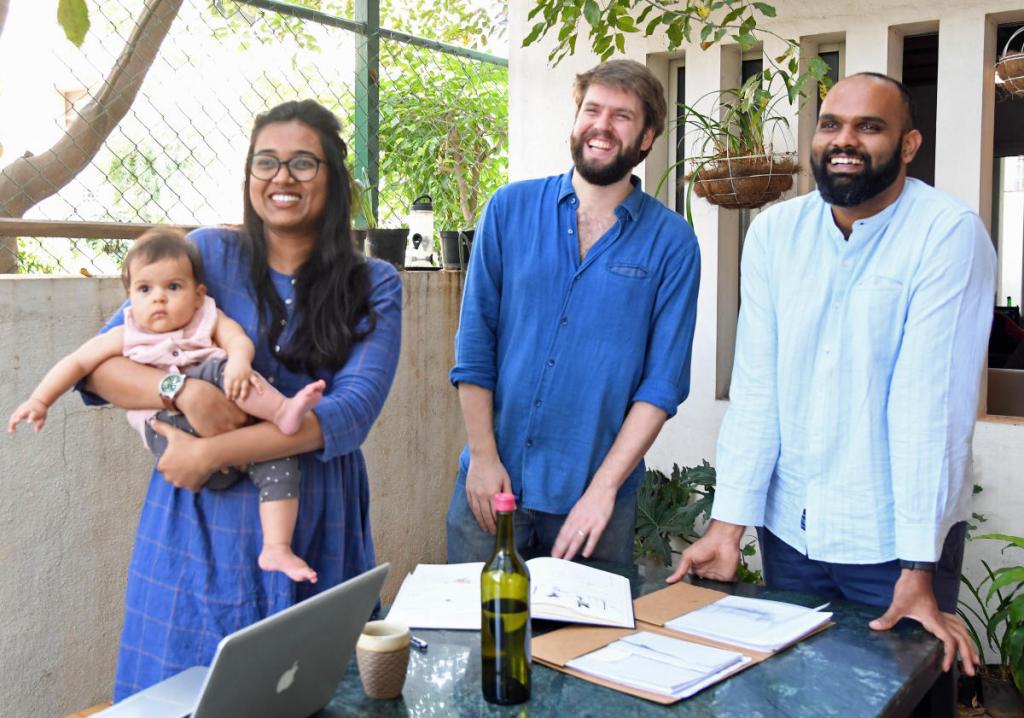 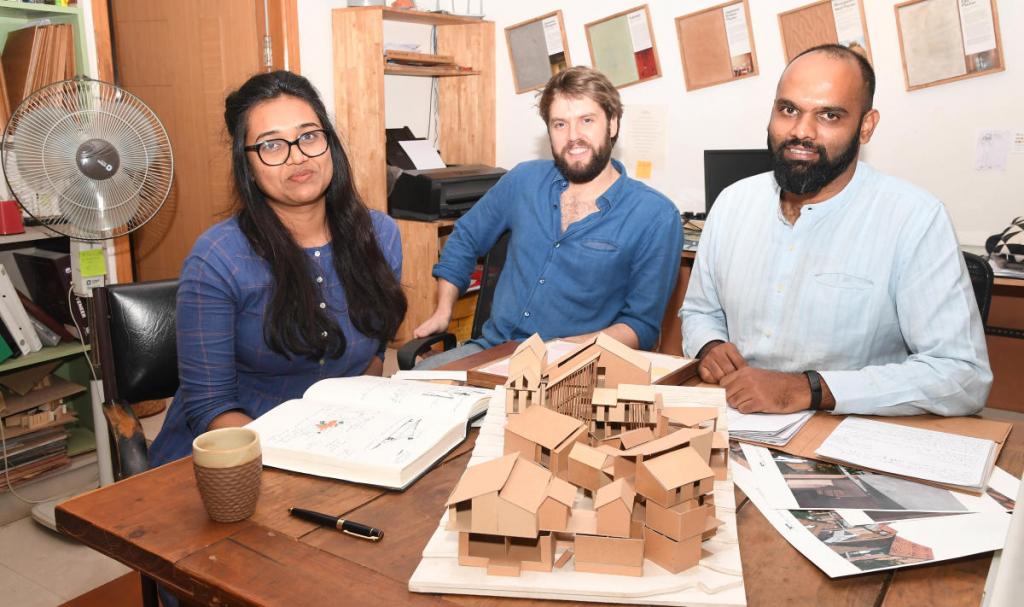