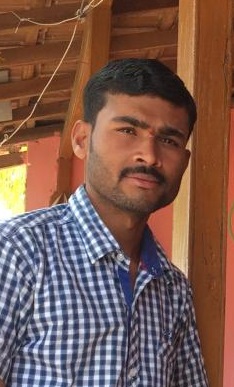 Being uneducated did not hinder my ambition to build custom-made agricultural equipment as per (farmers’) needs.

Visualise this: a farmer cycles to the fields, where this mode of transport becomes the weeding tool. Looks like a hard task? Not for Gurulingayya Mahantayya Hukkerimath, a farmer from Savadatti taluk. The idea struck this Class 6 drop-out when he visited a krishi mela (agricultural fair) five years ago. There, he saw a weeding machine that was in the shape of a cycle.

“I couldn’t buy it as it was expensive. Back home, I modified my own cycle to remove the weeds in our field,” says Gurulingayya who is quietly unveiling improvised tools in the fields of Belagavi district.

The son of a farmer couple, Gurulingayya has grown up observing the gaps in the fields where technology could be of use. Aware of the economic hardships of small farmers, recycle and multiple use drive Gurulingayya’s inventions. “He used to tinker with agricultural tools when he was as young as 10 and make toys. I am happy to see him now designing equipment that are of use to us and to other farmers,” says his mother Somavva. This young, progressive farmer has been making a difference with his innovations for the last few years. Besides inventing equipment that suits the needs of local agriculture, he has also made changes to traditional equipment, which has eased the workload on farmers.

He has invented agricultural equipment that suits the needs of farmers as per the crop pattern. His tools also ensure minimum losses when being used for standing crops. Weed removers and ploughs made by him have been used not only by the Hukkerimath family, but by farmers from villages in the vicinity, too. Some of them have been visiting and expressing the need for such equipment to be made available in the market. Pointing towards the custom-made weed remover, Gurulingayya says the ones available in the market are of a common size and are not suitable for all types of crops.

Clearing weeds using a generic weed remover damages standing crops, “...hence I myself designed and made a weed remover which could be installed on a bicycle by removing its rear wheel,” he says, adding “One person could do the work for which two persons are required.”

Agricultural equipment like sickles, axes, etc. need to be sharpened regularly and visiting a workman’s shop away from farmlands costs time for farmers. This led to Gurulingayya improvising to come up with a sharpening stone kit on the rear portion of a bicycle. Using this contraption, a farmer can sharpen equipment by merely pedaling the cycle. Gurulingayya, who is aware of his lack of formal education, says, “Being uneducated did not hinder my ambition to build custom-made agricultural equipment as per (farmers’) needs.”

“Those (who are) educated have computers and use 3D technology to design and experiment and later make equipment,” he says, but after looking closely at existing equipment and seeing how farmers have been using them, Gurulingayya conceives an idea, and makes it as per a farmer’s real needs and “keeps on going until success is reached.” In some cases, ploughs, axes, sickles and other equipment need to be melted and reshaped for use. Blacksmiths usually take days to do this for farmers. “This forced us to think of making a fire blower and ensure the work is done at home,” says Gurulingayya.

He explains how he has used the gear case of a bicycle to make a blower to melt equipment. It is connected to a motor used in disc players and fan blades have been fitted to the front portion of the bicycle gear case and this has been doing the job.

Gurulingayya’s elder brother, Irayya, who finished high school and took up agriculture with others in the family, is all praise for his younger sibling. “We use the equipment made by him,” says Irayya, adding that they also bring back materials that Gurulingayya needs whenever they go to the market to sell their produce. Gurulingayya says the family works from early in the morning till noon in the fields, and then dedicates time to think about equipment, its use and how to make new tools or improvise on existing ones. Till now, he has relied largely on cheap and readily-available materials.

He has also not managed to scale any of his processes or innovations yet, which will likely take time and money. However, Shailaja Bellankimath, agricultural officer, district agriculture training, Arabhavi, sees in Gurulingayya a whiz kid who has the ability to quickly grasp technical aspects. He’s currently working on a prototype for a grain-polishing machine and a grinding machine made using motors of disc players, water pumps and a giant wheel in miniature form.

Dr Sharanappa Jangandi, head, department of agricultural engineering, University of Agricultural and Horticultural Sciences, Shivamogga, says, “These are working models and have the potential for large-scale manufacturing. They are cost-effective and custom-made. If he gets proper exposure and some training, he will be a farmer scientist of the highest order.” 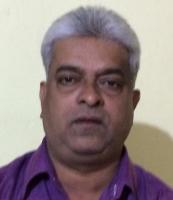 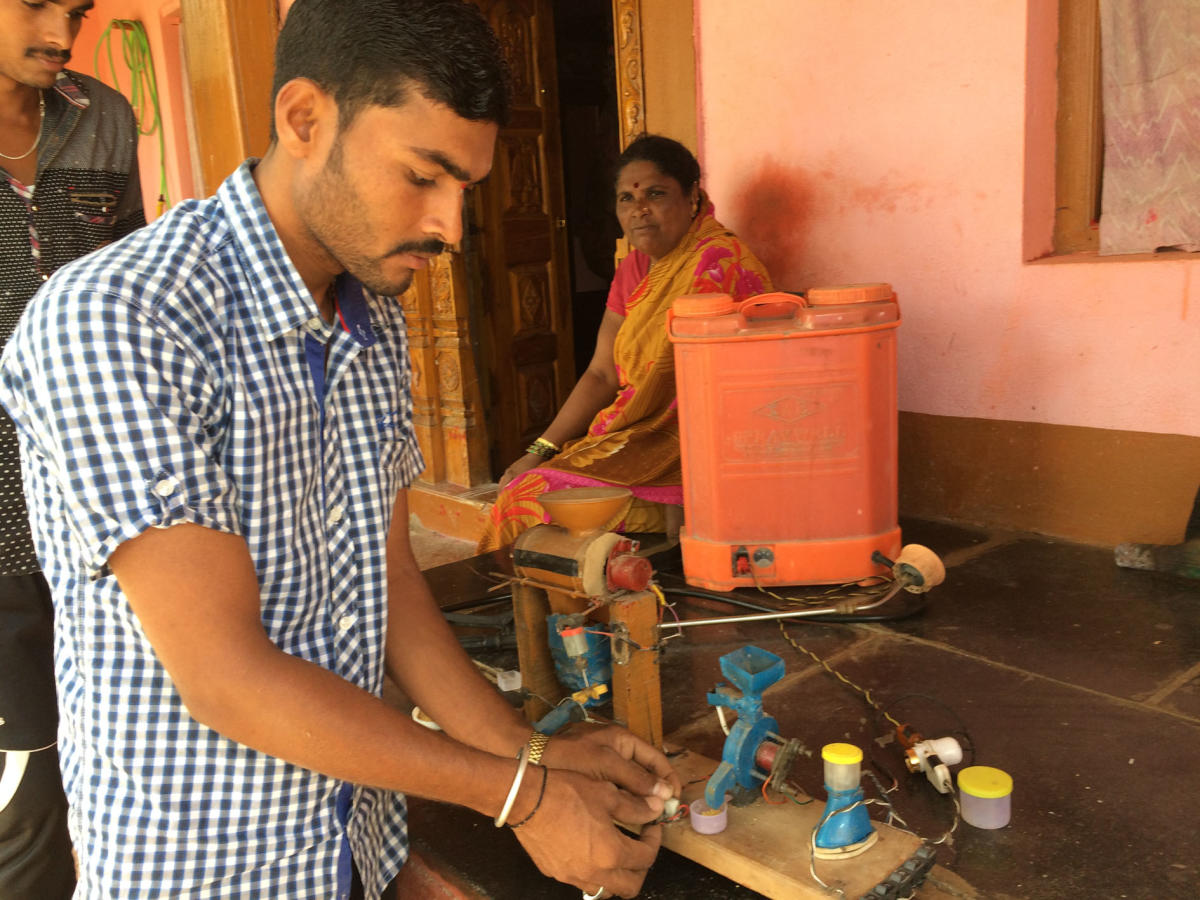 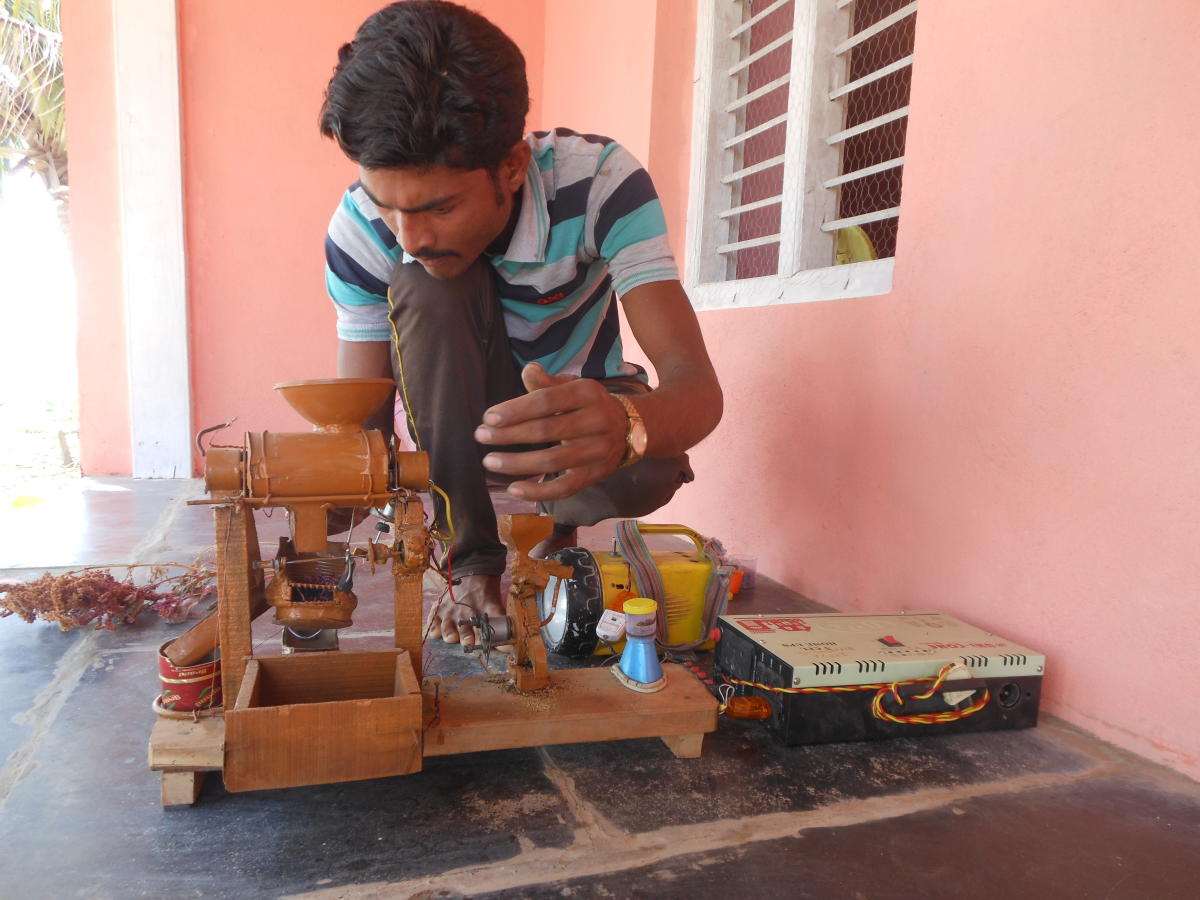 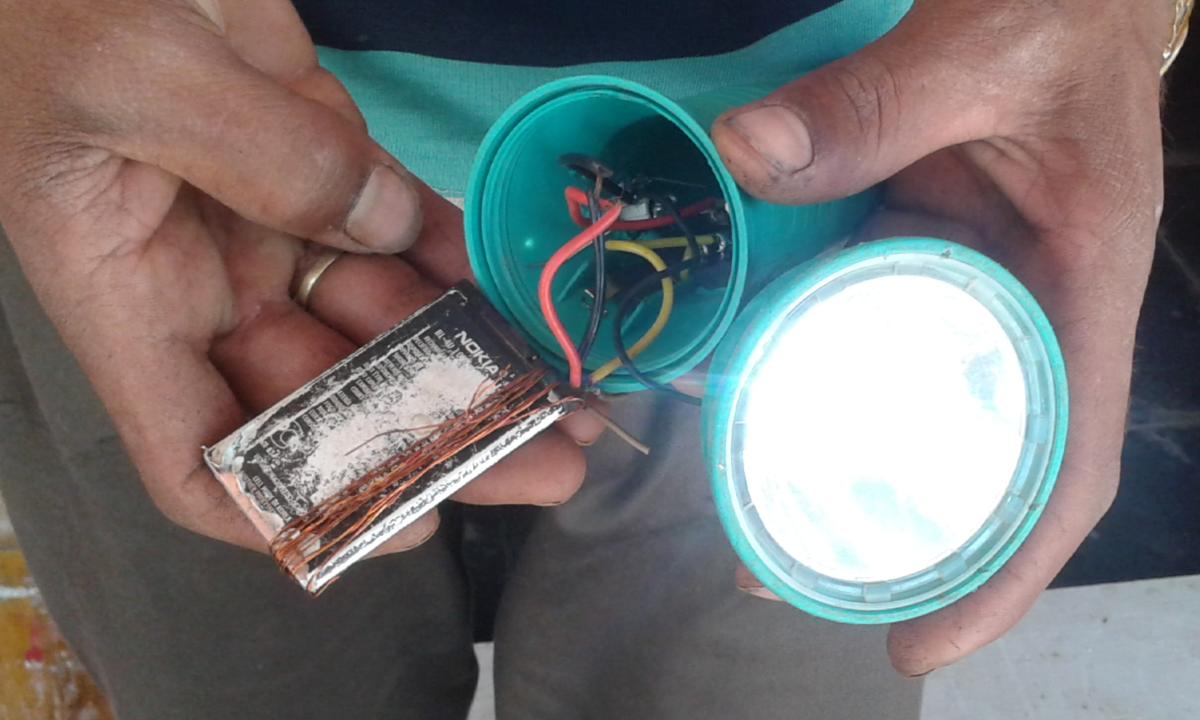 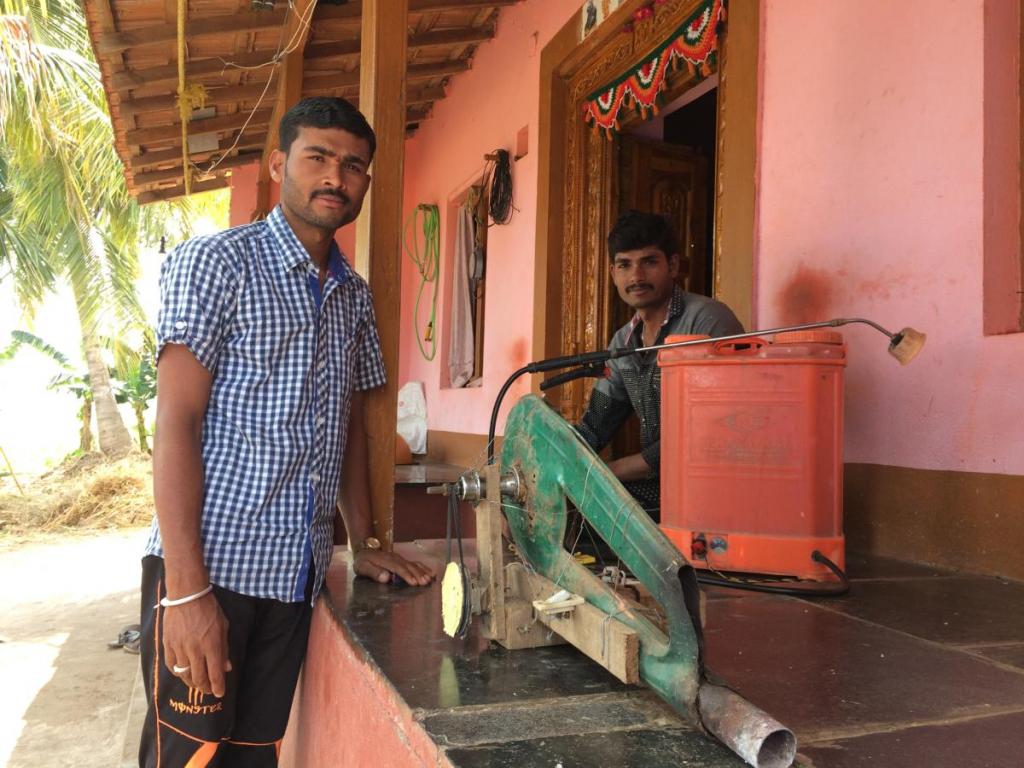