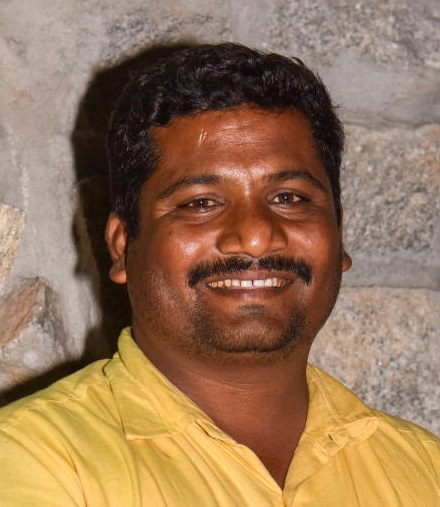 There were days I went to sleep on a hungry stomach. I took up all kinds of work to survive.

Crusader of the Oppressed

Earlier this year, Kushtagi town in Koppal district drew plenty of attention when 32 couples were married at a common ceremony. Of the congregation, either the bride or the groom was a child of the Devadasis for whom marriage was only a distant dream. The path-breaking event was planned and executed by a team led by Chandalinga Kalalabandi, a human rights activist from the region.

Chandalinga, who plunged into full-time social work in 2013, has since been working for underprivileged people. He has helped hundreds of historically downtrodden families in the region stand on their feet, most recently finding success in the upliftment of Devadasi children. The Devadasi system is an outlawed religious practice in which young girls are ‘married’ or dedicated to god.

These Devadasis, meaning ‘servants of god’ in Kannada, are not allowed to lead a normal life or marry. This regressive system essentially forces women into a lifetime of sexual slavery. And, girls from scheduled caste and scheduled tribe communities are the victims of this exploitative system.

In 2014, Prof Y J Rajendra, a researcher from Bengaluru, visited Koppal to study Devadasi families in the region. He met Chandalinga, whose grandmother was a Devadasi. The project opened up a new world of possibilities for Chandalinga. With like-minded people like Yamanappa, he founded a forum called the Vimukta Devadasi Makkala Balaga (VDMB). In March 2018, he got a government grant of Rs 6 crore for Devadasi families in Kushtagi taluk, a highlight of his public service work. It was on his suggestion that the government decided to launch a scheme to provide financial assistance to Devadasi children.

“He is like a son or brother. He is there to help us every time we face a problem,” says Durgamma, a Devadasi, all praise for his integrity and selflessness. Padiyamma, another Devadasi, acknowledges Chandalinga’s efforts. “He acts as a bridge between the government and the people. His updates help us get many benefits,” she says.

VDMB played a key role in the formulation of the Devadasi Bill, contributing with ideas, field work and inputs. Dr Chandrashekhar of The National Law School of India University in Bengaluru acknowledges Chandalinga’s capacity to lobby for the cause of oppressed people. Chandalinga’s family was too poor to afford him an education.

He discontinued his studies after Class 8 and migrated to Goa to find work. He became a construction worker. From that neighbouring state, he and a friend registered for the Class 10 exam as external candidates.

But it wasn’t to be for Chandalinga. “The contractor didn’t pay us in time when we were to go and write the exams. We had enough money for only one of us to travel to Kushtagi to take up the exams. I insisted my friend go, promising I would write my exams the year after,” he recalls.

Later, Chandalinga did write the exams, but couldn’t clear them. After his father died in 2005, he was forced to feed a family of eight siblings, besides caring for his mother and grandmother. “There were days I went to sleep on a hungry stomach. I took up all kinds of work to survive,” he says.

These struggles helped him understand the plight of the poor. He started helping them in whatever way he could. He connected them with government officials so that they could get the benefits due to them. Savitri and Parashuram are among those who say their lives changed with the help of Chandalinga. “After graduation, I was working as a farm labourer for want of better opportunities. Chandalinga helped me get skill training and I now earn a regular salary,” Parashuram says.

In the past year, Chandalinga has got 30 youngsters to undergo skill training and helped them find jobs. Chandalinga has formed a team that organises various activities — from health camps to job fairs — for the underprivileged. Commitment to the underserved runs in his blood: it is something he inherited from his father Basappa. “He was a member of the Communist party, and he led many protests. I remember taking part in them when I was just eight,” he says.

When he was 12, Chandalinga helped people voice their opposition to the cancellation of a night bus connecting Kushtagi town with Kalalabandi village. “That was my first independent effort at getting people together,” he recalls. That protest left an influence on Chandalinga. He became aware of his organisational and leadership abilities. “Gradually, I started to look at both small and big problems that made rural life so difficult,” Chandalinga says.

Chandalinga’s mother Kalamma, worried about the family, told him to do something to keep the hearth burning and then continue his public work. He followed her advice and helped his wife get a job to generate family earnings. “He guided me to the path to self-reliance,” says his wife Sharanamma.

With its decentralised structure and participatory approach, VDMB has become popular in Koppal. “Soon, we will have branches in all 14 districts where the Devadasi system exists,” he says. 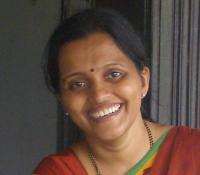 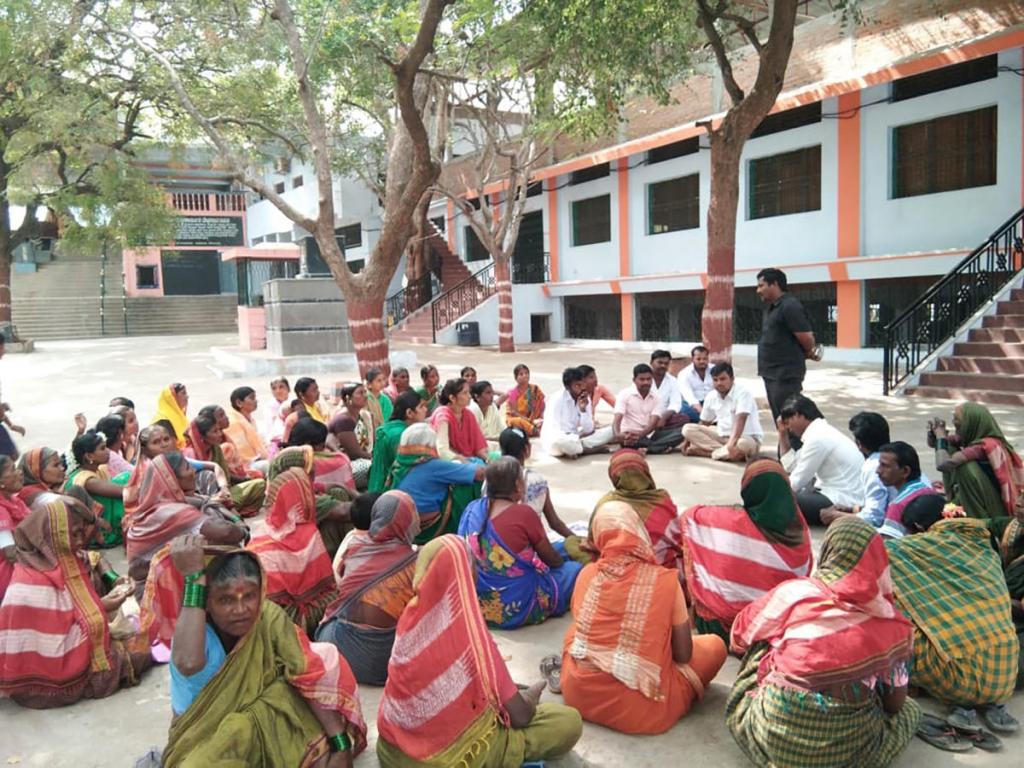 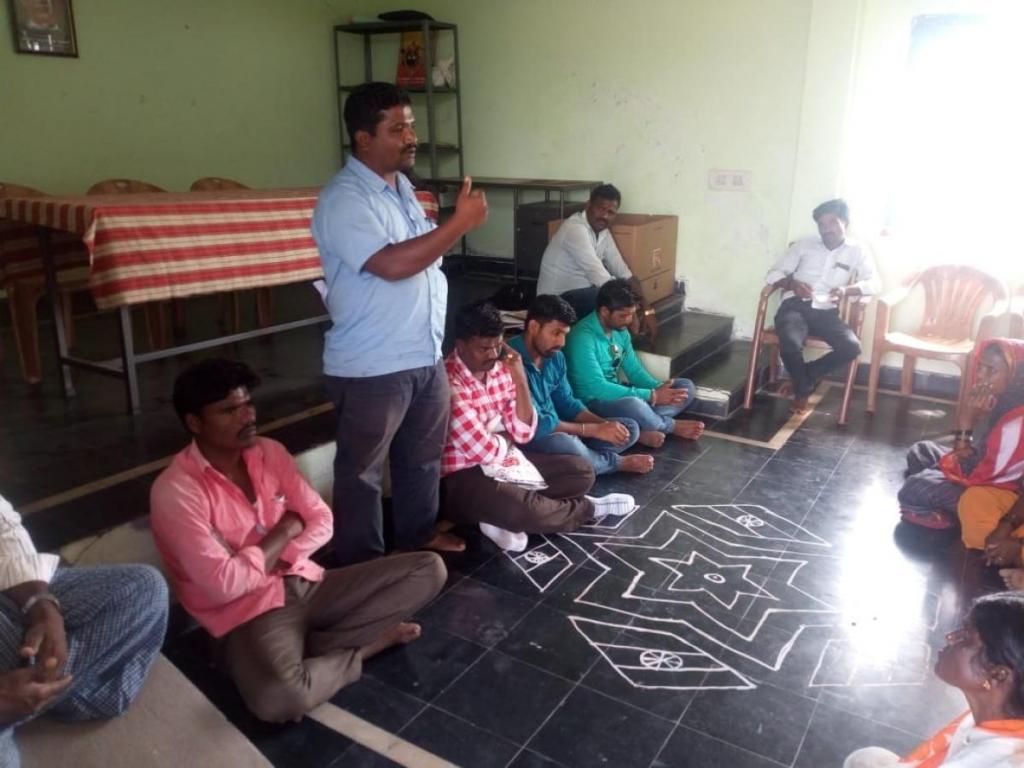