During my college days, I came across a pangolin in Pavagada police station which was rescued from poachers and realised the lurking danger. But then I had limited access to resources to launch anything. Eventually, it became my passion.

Wild Side of the Internet of Things

Trained to design chips and circuits, Santhosh S L had no clue about forests, wildlife or conservation. For Santhosh, who hails from drought-stricken Pavagada in Tumakuru district, forests, tigers and elephants sounded like characters from a fairy tale until he began to understand their behaviour and movements using a vehicle classifer device and software that he developed to help wildlife conservationists.

“When I saw him with laptops, GPS devices, laser diodes and other gadgets inside the forests, I wondered if he had walked into the forests by mistake, but as we worked together, I got to know the other side of his passion — combining technology with conservation,” says Mahadev Prasad, a volunteer who worked with Santhosh. It was the same device that worked wonders for conservationists who were documenting animal behaviour while crossing a road in the dense jungles of Biligiri Ranga Temple (BRT) wildlife sanctuary.

“Earlier, speed guns were used to study animals. Later, the Indian Institute of Science (IISc) experts came up with a device. I improvised the gadget, along with IISc researchers, with custom-made solutions to make it field-ready,” explains Santhosh as he busies himself with setting a camera trap inside the forests of Male Mahadeshwara Hills (MM Hills) for a study on leopards conducted by noted conservationist Sanjay Gubbi.

Aparna Kolekar, researcher at the Mysuru-based Nature Conservation Foundation (NCF), who benefited from this device, said that sorting the details of the camera trap was not only tedious but confusing as well. “Working manually on the data would have consumed much of our time. But with his software intervention, we can easily segregate the data besides accurately reading it. As an end user of the data, I don’t understand the machine language. But his software deciphers that into a meaningful script,” narrates Aparna who later fell in love with Santhosh and married him.

His script has helped many conservationists bypass multiple steps to categorise data and easily extract relative abundance index of animals obtained through camera traps. Guruprasad, another volunteer who worked with Santhosh, says, “The corridor between Hediyurhalla and Doddasampige (SH-38) is a crucial corridor for animals. This area is located between MM Hills and BRT sanctuary. But a lot of animals used to get killed while crossing the road. His devices helped researchers study the animals easily.”

The study by experts using devices that were developed by Santhosh prompted the district authorities at Chamarajanagar to regulate vehicular speed within protected areas. “The government ordered that all vehicles have to move at 30 km/hr with a wide range of speed mitigation measures along the 2-km stretch,” recalls Santhosh as he packs devices into a box.

Donning the hat of a technical lead at Robert Bosch India during weekdays, Santhosh works as a field volunteer during weekends, roaming the jungles of MM Hills and BRT, educating local youngsters and villagers about the importance of wildlife and forests. “During my college days, I came across a pangolin in Pavagada police station which was rescued from poachers and realised the lurking danger. But then I had limited access to resources to launch anything. Eventually, it became my passion,” says Santhosh.

Joined by like-minded volunteers from different walks of life, Santhosh and friends set up Vana Jagruthi — an association which reaches out to communities living around the forests to spread the message of conservation. Initially working around Dandeli-Anshi Tiger Reserve, Santhosh migrated towards BRT and MM Hills area.

“In the beginning, we were going with the department to create awareness on wildfire incidents. Later, we also worked with front-line staffers in extinguishing the fire,” remembers Guruprasad. It was then that Santhosh and his friends realised the plight of front-line staffers who often risk their lives in the line of duty. The team has been instrumental in implementing medical and life insurance for the temporary forest staffers at BRT, Cauvery and MM Hills sanctuaries since 2014.

“If not for these front-line staffers who brave attacks by poachers, smugglers and at times animals, our precious floral and faunal wealth could have been taken over by the greedy,” he says. “For the last few years, there is not much human intervention as the temple at Biligiri Rangana Betta is closed for renovation and fair has not been held for the last two years.”

Currently working on a conservation project to monitor crowd control and create awareness about conservation around BRT sanctuary, Santhosh says, “This year the temple is likely to resume its annual fair and it will be challenging to monitor crowd movement inside the protected area to ensure the safety of both wildlife and people, and thereby make BRT Sanctuary a model conservation centre in the country.”

Read next: Supercop who Drew Wisdom from Wounds 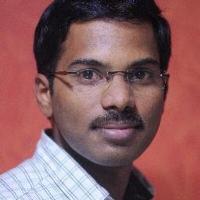 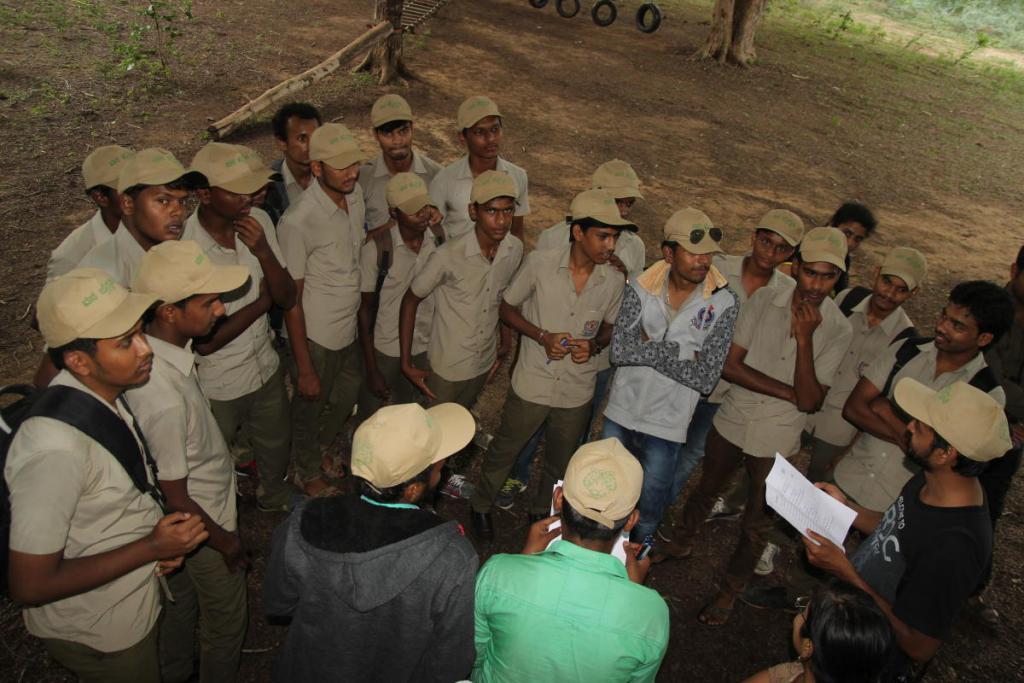 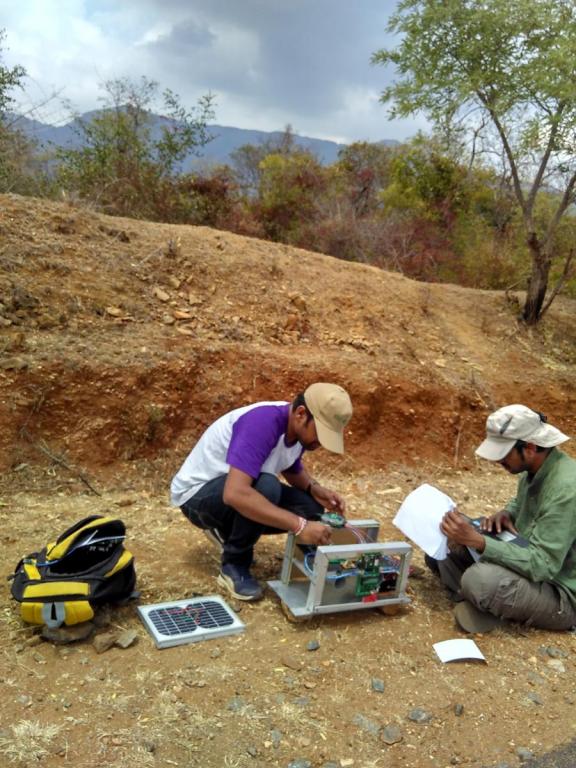 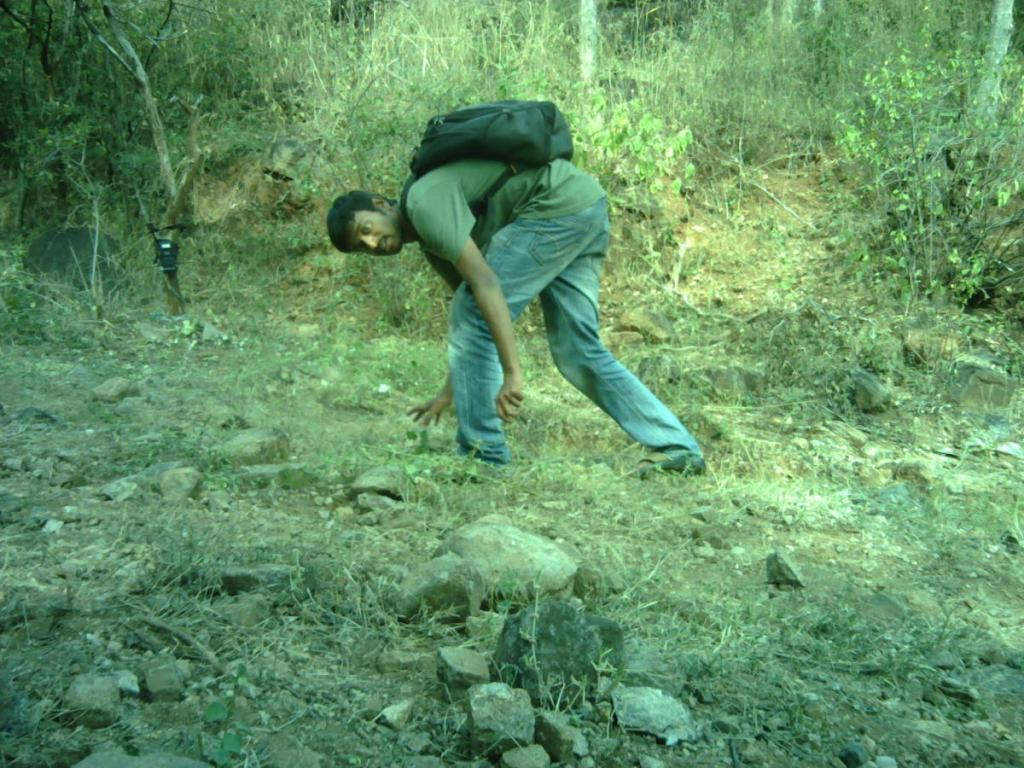