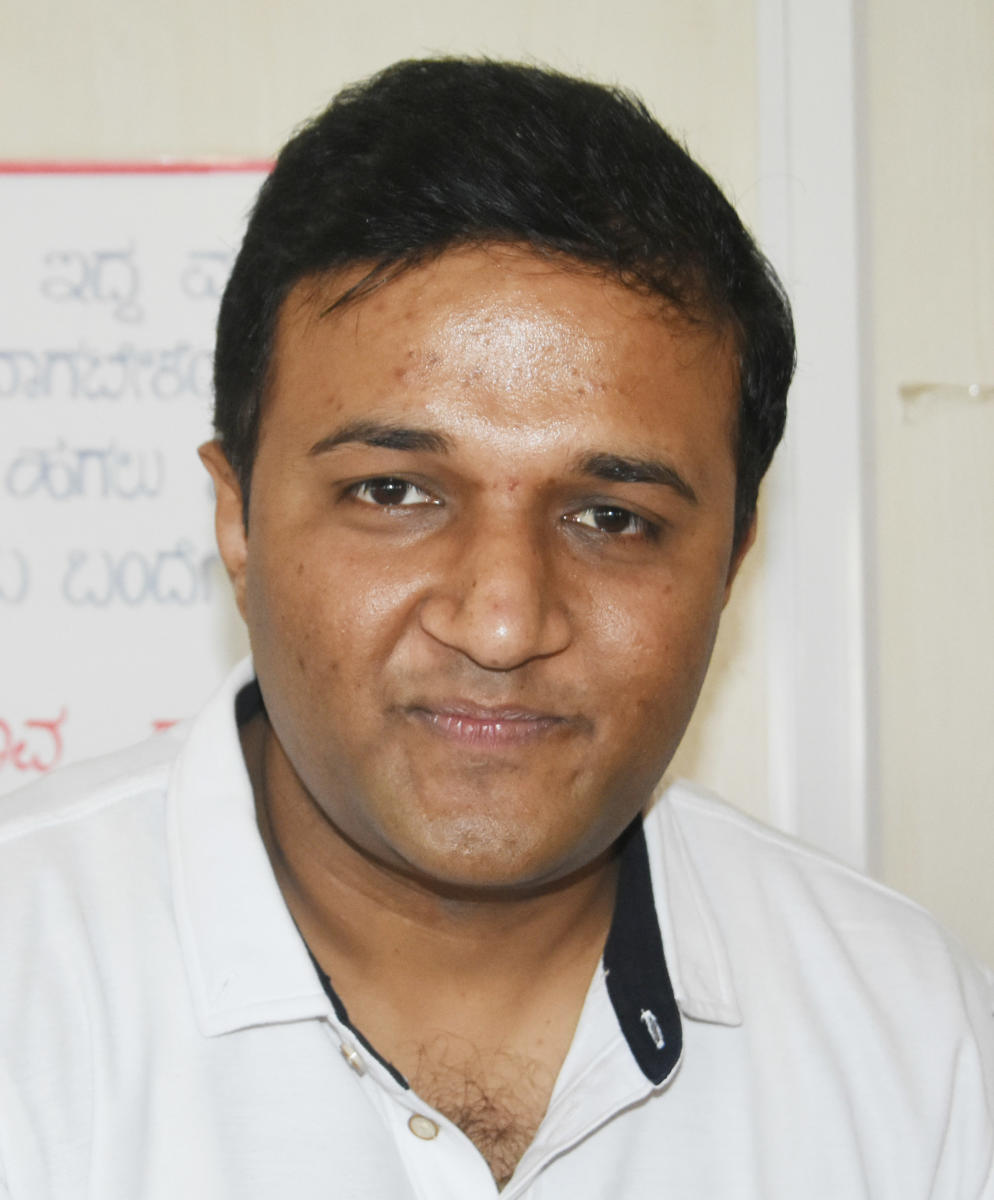 We can’t guarantee we will make everyone normal. But the children will definitely be better than before

Sarji Institute for Special Children in Shivamogga has made a name for itself in treating children with multiple disabilities. The man behind it, Eshwar Sarji, a computer science engineer by training, was motivated to open this safe space for children with special needs after he observed the hardships being faced by the children and their parents who were coming to Sarji Hospital, run by his brother Dr Dhananjay Sarji. Dr Sarji is a paediatrician well-known in the Malnad region.

Housed in a rented building in Vinoba Nagara, the Sarji Institute now provides rehabilitation for children with physical and mental challenges. Most centres address one disability, but Sarji Institute admits children with different kinds of disabilities. Shivamogga already has Taranga Institute for the hearing-impaired, Asha Kirana for the mentally disabled, and Sharada Centre for the visually impaired.

Sarji Institute has made the involvement of parents mandatory. And because of the intensive involvement of parents, who are the primary caregivers, the institute is able to treat children with special needs in a relatively short period of time. That is laudable, but not practical in other situations, says Dr Rajani Ashok Pai, a psychiatrist who runs Asha Kirana School. “We can’t ask all parents to be part of the training as many are daily wage workers. They would lose their wages if they came here,” she says.

Eshwar says, “Parents are disheartened when they realise their children can’t study in regular schools. Many feel it is the end of the road.” He started the institute with the objective of giving such children and their parents hope and a real chance at life. The institute opened in June 2017. Eight teachers leave no stone unturned in making special children self-reliant. Of them, five are certified teachers.

The institute offers speech therapy, physiotherapy, physical exercises, and group activities all day. In a span of just a year and a half, the institute has successfully treated 35 children. Many have gone on to join regular schools.

Parents from many parts of the state, and especially the districts of Dakshina Kannada, Hassan, Chikkamagaluru, Chitradurga and Davanagere, have moved to Shivamogga to help their children get the right treatment.

Eshwar attributes everything to Dhananjay, who provided the much-needed funds to start the institute. With the help of Round Table India, a sound-proof room and otoacoustic emissions machine, used to test the inner ear of children, were installed in the Sarji Institute. The institute collects a nominal fee of Rs 1,500 a month from parents who can afford to pay. “This is to ensure they bring their children regularly without fail. If the treatment is free, there is a possibility parents might not take it seriously,” he says.

Since the fee collected from parents is not adequate, ‘the doctor brother’ (Dhananjay) provides financial assistance to the institute and raises funds from companies under their corporate social responsibility programme for the smooth functioning of the institute. Eshwar feels gratified when he sees the joy on the faces of mothers whose children improve enough to say ‘Amma’ and stand and walk on their own.

Mumtaz from Polali, Dakshina Kannada district, hopes her son Aashim can lead a normal life in the near future. “Earlier, he would not recognise me at all. Now he calls me ‘Maa’. My husband Naushad, a driver, has decided to stay here for the duration of the treatment,” she says. Savitri is from Bhadravathi and her daughter Vibha, 11, went to a regular nursery school before coming here. “She could not cope because of an unsupportive body. Physical exercises, physiotherapy, and group activities are making a positive impact on her,” she says.

Vijayalakshmi, a teacher at the institute, says Vibha is brilliant at mathematics and knows her tables well. “Her grasp of subjects is good, but she has physical challenges. She will improve in the coming days.”

Early detection of disability in children is key to improving their condition. Though children between six months and 18 years are trained at the institute, the potential for improvement is best in children below six years. “We can’t guarantee we will make everyone normal. But the children will definitely be better than before,” Eshwar says. He hopes to get a building for the institute next year. “Many parents are paying high rent to stay here. We are planning a hostel for them,” he says.

Dhananjay says, “Nobody loves a child more than its mother. So, we have made it mandatory for mothers to spend six to eight hours a day with the child at the institute. She has to interact with the child to get positive results.” 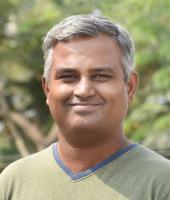 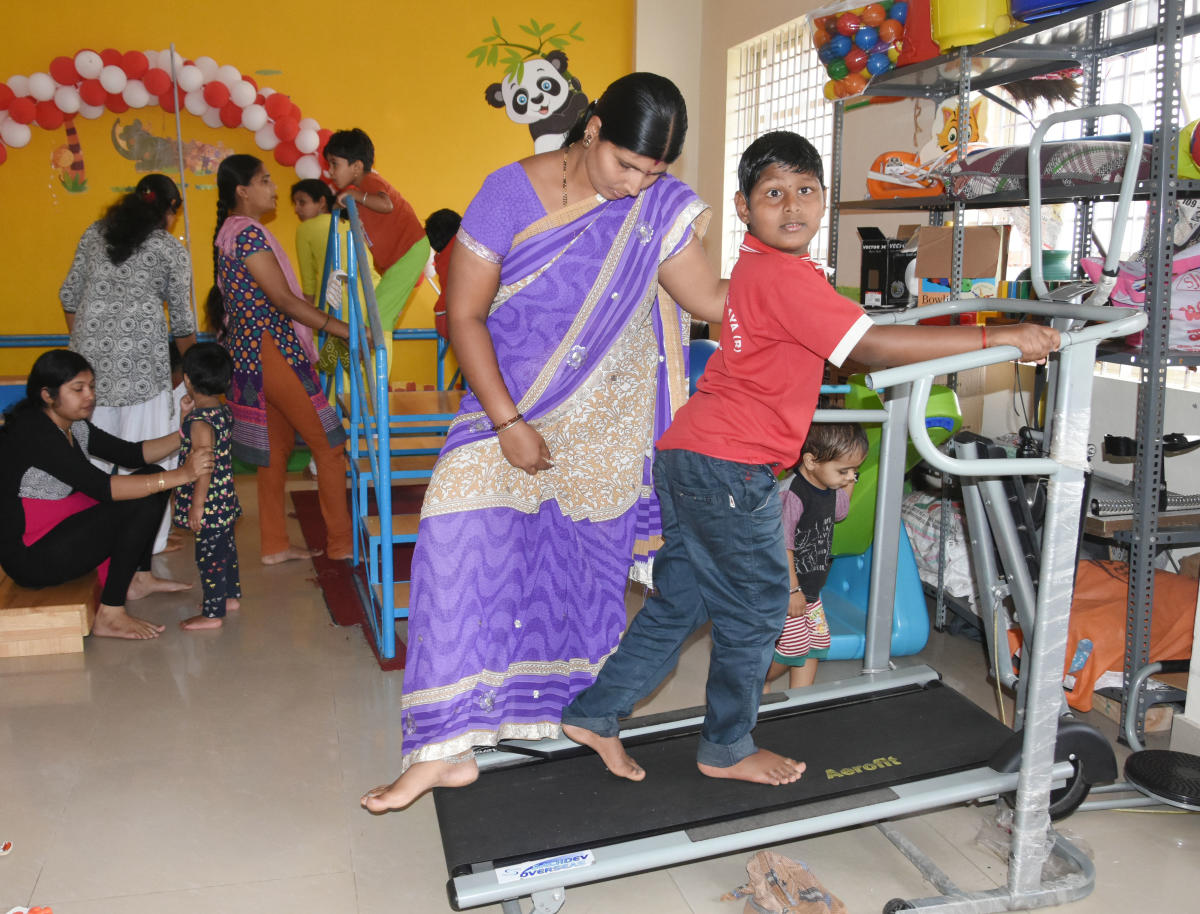 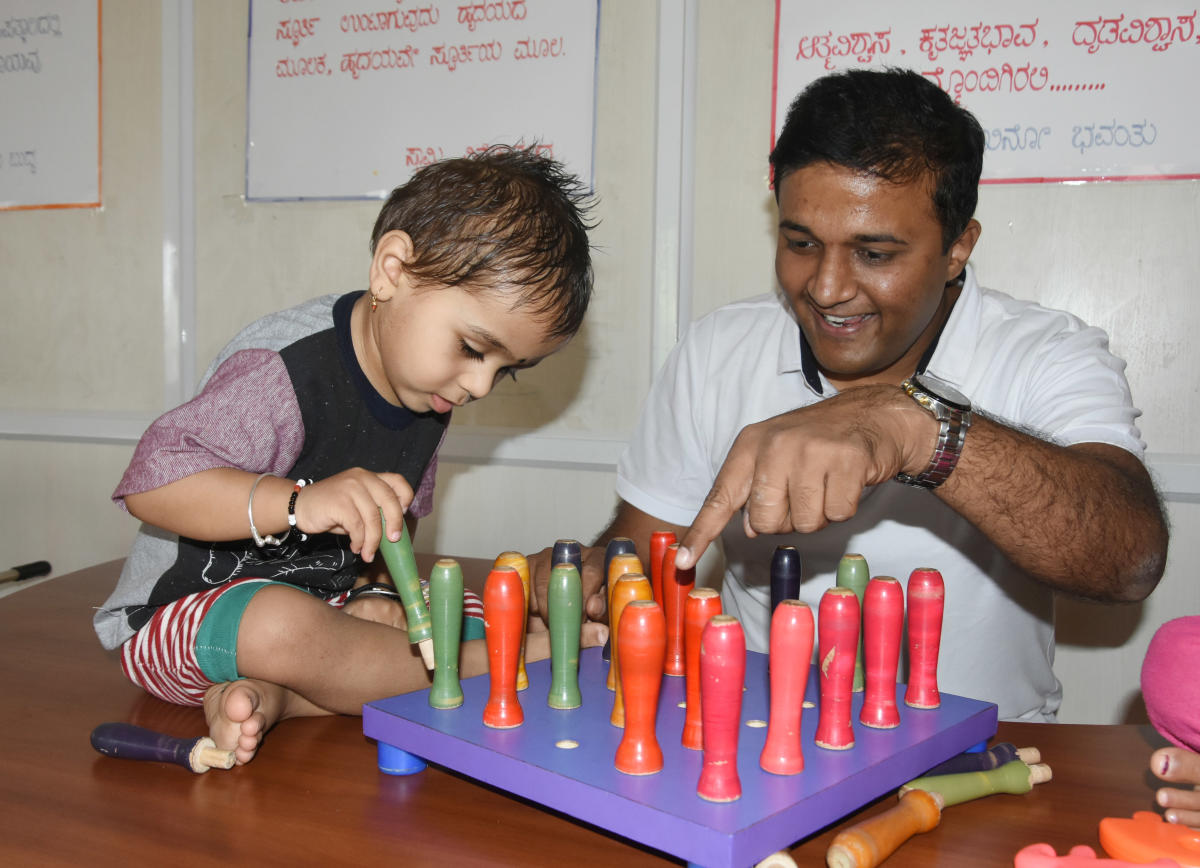 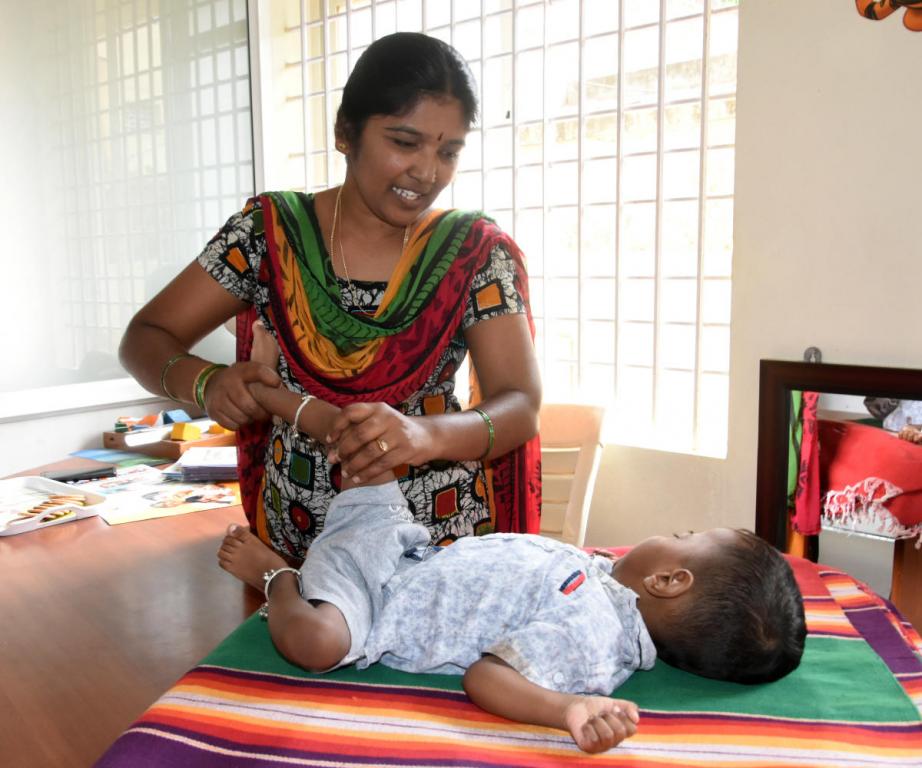 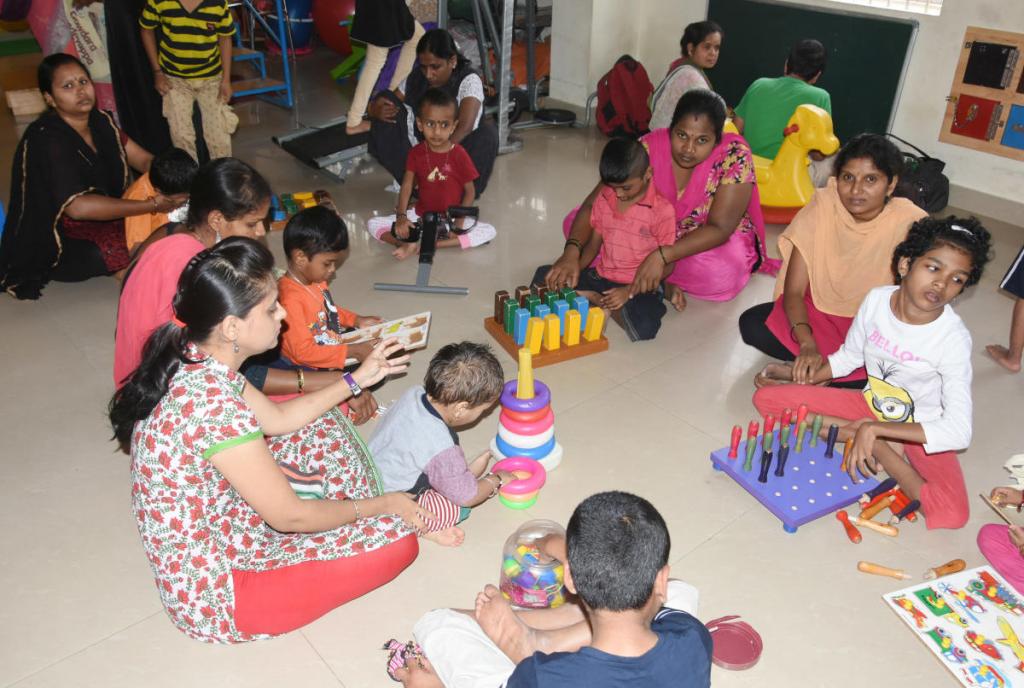